When creating a recipe, I am uncertain as to whether or not I am being influenced solely by cultural ethnocentrism(s), current event(s), personal issue(s), moral dictate(s), fetishistic curiosity(ies), opportunistic happenstance(s), latent discovery(ies)--or by alchemical amalgamation.

I cannot say that I am a person who is big on food preparation or presentation. I have more of an appetite for taste(s)--less for appetizing treatment(s).

Frijoles Negros (from a can)
[cooked wet to dry]


By exposing my recipe psyche, I celebrate the demographic challenge of maintaining provincial provisions.
Posted by Ed Brown II at 8/19/2011 08:05:00 AM No comments:

To celebrate my niece's ("I'm over a quarter century years old") birthday, she asked if we could gather at Nana's house for a meal. I purchased a half bushel of #1 crabs.

Unfortunately I was beholden to the kitchen gadgets that I had forgotten at home, so I availed myself to the pots and pans that were within reach, at hand.

I had made the baked macaroni and (3) cheese the previous evening. I even remembered to bring the shredded hardened curd to sprinkle over the loaf during the reheat. 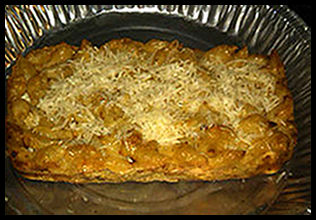 Getting the crabs from the basket to the boiling water took some acrobatics, and some hunter-gatherer technique.

Once the crabs were cooked, they were joined on the kitchen table with grandmom's 'falling off the 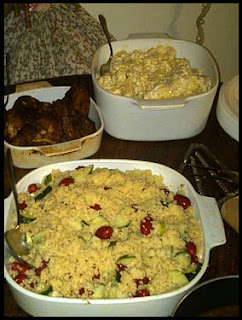 One chocolate and one lemon cake, accompanied with Neapolitan ice cream--we had for dessert. There were not enough candles for both cakes, so the chocolate was blazed, however both were devoured. Presents were not necessary, a nice to do. I did not. Having cooked over the past twelve hours, I took a snooze--budgeted.

An early evening--there was plenty of epicurean swag for everyone to bring home a plate (or two), bladder baggies for ingestion during the week.
Posted by Ed Brown II at 8/11/2011 10:28:00 PM No comments: